You Can’t Pour From An Empty Cup: Building a Movement that Lasts 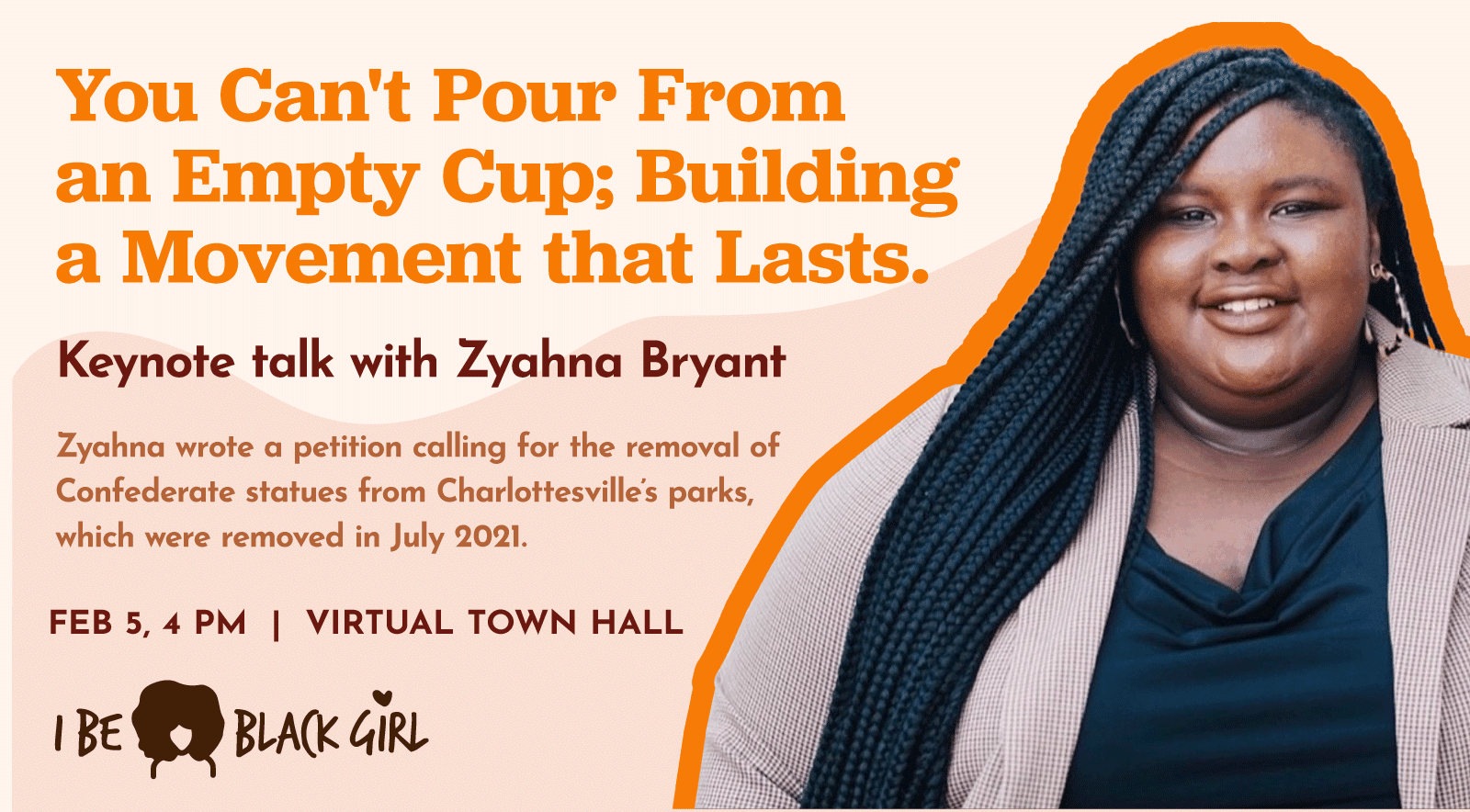 You Can’t Pour From An Empty Cup: Building a Movement that Lasts

Zyahna Bryant – is an Echols scholar at the University of Virginia, studying political and social thought.. She is a young changemaker and award-winning activist/organizer, content creator, and social impact strategist. Zyahna is also the architect of Black Women Built This, a strategy and storytelling brand. In the Spring of 2016, Zyahna wrote a petition calling for the removal of Confederate statues from Charlottesville’s parks, and they were removed in July 2021.

In 2019, Zyahna was appointed as the youngest member of Virginia’s African American Advisory Board, where she serves as the co-chair of the education subcommittee. Zyahna has been featured in The New York Times, National Geographic, The New Yorker Magazine, Forbes; and featured on Vice News, PBS, CNN, and BET. In 2018, she was awarded the Princeton Prize in Race Relations and the Bassett Award for Community Engagement from Yale University. Zyahna has served as a Student School Board Representative for the Charlottesville City Schools division and is a passionate advocate for educational equity.