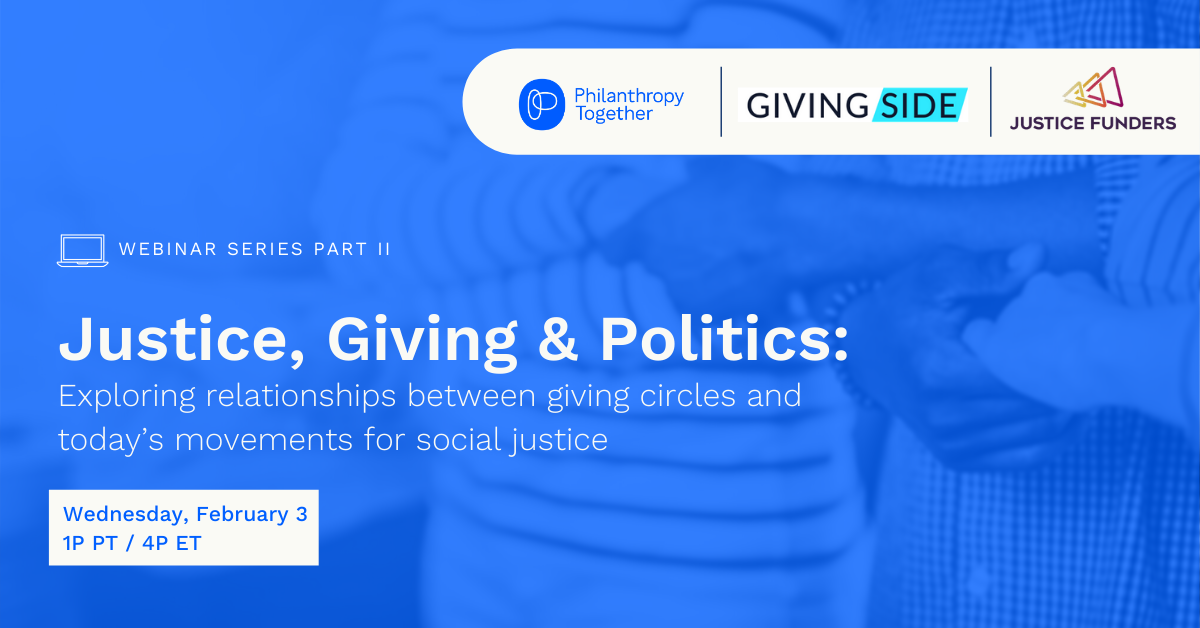 We recently witnessed a white supremacist mob violently attack the U.S. Capitol in an effort to overthrow the results of the presidential election. As giving circles continue to work in the shared value of democracy, we must recognize that the call for social justice is urgent — now more than ever.

Join us on Wednesday, February 3rd at 4PM ET  for the second conversation in this two-part series. In Part I, we heard from activists about what today’s social justice movements look like, what they ask of all of us, both collectively and individually. In this follow up conversation, we will hear from members and leaders of giving circles who are in relationship with social justice movements.

This virtual event is for anyone in a giving circle, or considering starting one, and who is interested in the following questions:

We invite participants to check out the first, grounding Justice, Giving, & Politics Part I webinar session and join us on Wednesday, February 3 for a robust conversation with these inspiring activists:

This event is hosted by Philanthropy Together in partnership with the Social Justice Giving Circle Project to build a framework for giving circles that want to do more to uphold social justice values, and to be accountable to social justice movement leaders. More information on how your giving circle can get involved with this new project will be available soon.