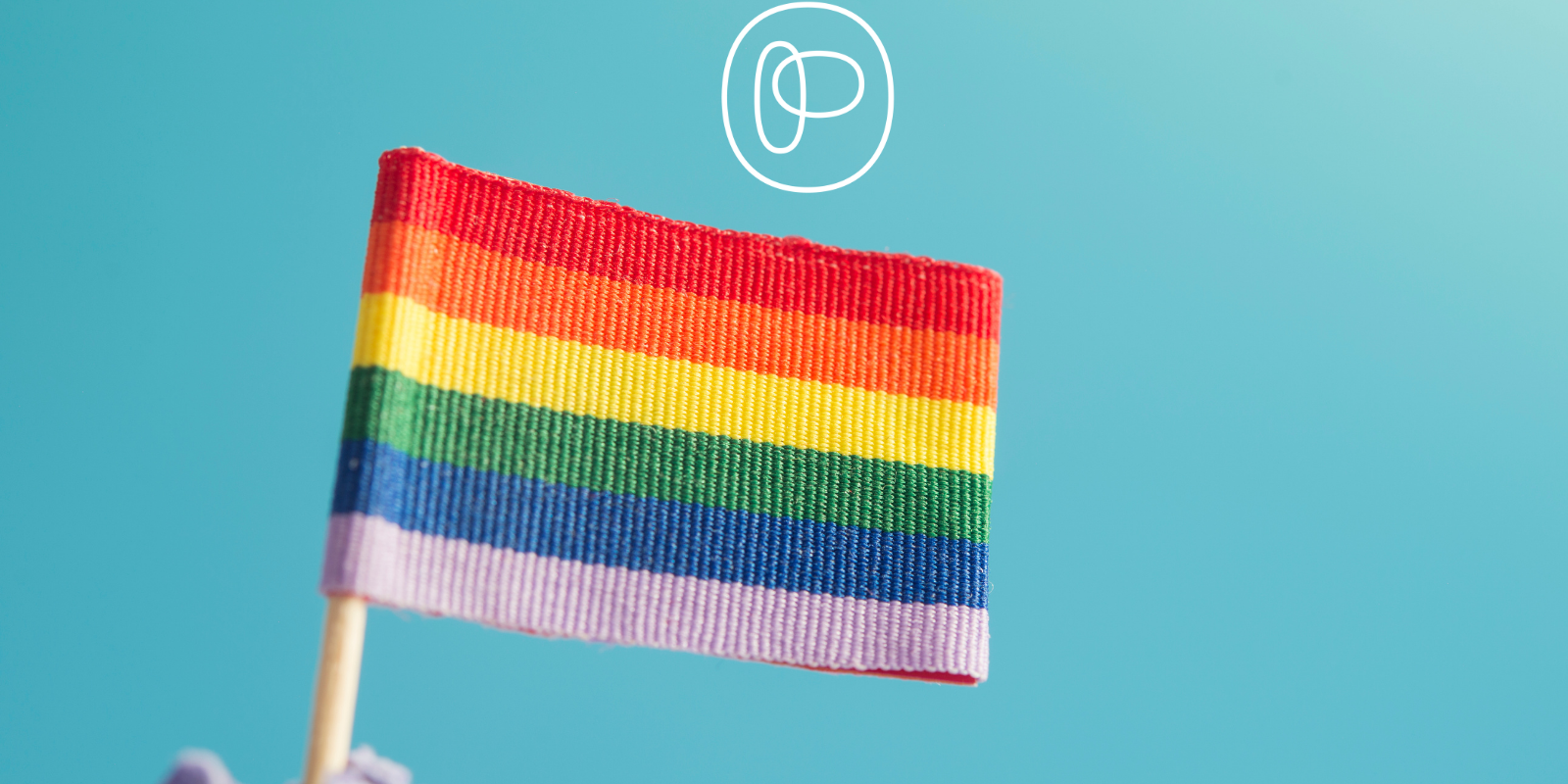 Pride Month is celebrated annually in June to honor the history of lesbian, gay, bisexual, transgender, queer, intersex, asexual, two-spirit + leaders, celebrate the progress toward equality, and call attention to the experiences of the LGBTQIA2S+ community.

The LGBTQIA2S+ community is all about support. Organizations like GLAAD, OutRight Action International, and the Center for Black Equity work collaboratively with the community to create safe spaces for all. In media, in politics, in legislation and more, the fight for LGBTQIA2S rights and empowerment is far from over, and grassroots and LGBTQ+ and BIPOC-led organizations are on the frontlines yet the most underfunded by traditional philanthropy.

In the same vein, giving circles provide a sense of community for their members, regardless of sexual orientation. Many giving circles focus on specific issues surrounding the LGBTQ+ community: for example, the Red Envelope Giving Circle for the API LGBTQ Community, the LGBTQ Community Fund for Northeast Florida, and the Astraea Foundation’s Funding Queerly Giving Circle are all community-supported funds pledged to the LGBT community.

As you and your giving circle members search for organizations to support in honor of Pride Month and beyond, take a look at this curated list of organizations leading the way toward an inclusive future for all. Each of these nonprofits are led by LGBTQIA2S+ staff with programming that is directly aligned with the organization’s mission and an operating budget of less than $1 million. You can also find hundreds of LGBTQIA2S+ nonprofits to support through Give OUT Day.

Affinity is a social justice organization serving the needs of the Black LGBTQ+ community in Chicago’s Southside with a particular focus on Black women. Their programming is peer and volunteer-led — created by and for particular demographics in the community. Learn more

As the first Black-led, trans-led LGBTQ+ org in the midwest, Brave Space Alliance is dedicated to creating and providing affirming, culturally competent, for-us by-us resources, programming, and services for LGBTQ+ individuals on the South and West sides of Chicago, Illinois. The organization strives to empower, embolden, and educate members and allies of the LGBTQ+ community through mutual aid, knowledge-sharing, and the creation of community-sourced resources to build toward the liberation of all oppressed peoples. Learn more

Based in Charlotte, North Carolina, Campus Pride serves LGBTQ and ally student leaders and campus organizations in the areas of leadership development, support programs and services to create safer, more inclusive LGBTQ-friendly colleges and universities. It exists to develop, support and give “voice and action” in building future LGBTQ and ally student leaders across the United States. Learn more

Dreams of Hope is Pittsburgh’s only arts-focused organization for queer and allied youth.Through the power of the arts, Dreams of Hope provides the region’s lesbian, gay, bisexual, transgender, queer, questioning, asexual, and allied (LGBTQA+) youth a welcoming environment to grow in confidence, express themselves, and develop as leaders. Learn more

For the Gworls is a Black, trans-led collective that curates parties to fundraise money to help Black transgender people pay for their rent, gender-affirming surgeries, smaller co-pays for medicines/doctor’s visits, and travel assistance. The first For The Gworls party occurred on the 4th of July on a hot roof in Brooklyn, NY after the founder decided to throw a party to fundraise for two friends that were facing eviction. For the Gworls has been hosting monthly parties ever since with the end goal of raising money to help Black, trans people pay for their rent and gender-affirming surgeries. Learn more

Inside Out Youth Services (IOYS)

Founded in 1994, the Kaleidoscope Youth Center (KYC) is the largest and longest-standing organization in Ohio solely dedicated to serving and supporting queer youth. At Kaleidoscope, belonging means being. The 501(c)(3) nonprofit works to provide a safer place, programming, and leadership opportunities so that queer youth can be free to explore who they are — and empowered to become their confident, truest self. Learn more

Lower Columbia Q Center provides safe spaces, community building and empowerment for the positive transformation of LGBTQ2SIA+ communities and allies in the Pacific Northwest. All support and activity groups are community-based and peer-led with programming serving youth, adults and senior citizens. Learn more

Comprised of 100% BIPOC staff, Maven Leadership Collective consistently invests in creative social impact leaders who are queer and trans people of color and allies to build communities that thrive even in the face of crisis, transition, and tragedy. Learn more

New Alternatives increases the self-sufficiency of LGBTQ+ homeless youth by enabling them to transition out of the shelter system to stable adult lives. The organization does this by providing long-term support, weekly case management, education services, life skills training, community-building recreational activities, opportunities for self-expression, and programs for HIV+ youth. New Alternatives’ guiding principles are those of harm reduction, youth development, and empowerment. Learn more

New Jersey Equality (also known as Garden State Equality) lifts up the diverse voices of LGBTQ+ communities through education and advocacy to advance the movement for equality in New Jersey and nationally. The organization works tirelessly to ensure the communities they serve experience lived equality. Learn more

Through public education efforts devoted to telling the stories of the barriers LGBTQ Coloradans face every day, One Colorado has started to change public opinion about LGBTQ families in the state. One Colorado continues to advocate for the LGBTQ community and make an impact across the state. Learn more

One Orlando Alliance is a vital support network for LGBTQ+ organizations in Central Florida. Staff members and volunteers lower barriers, provide critical communication, and promote effective, influential, and sustainable opportunities for transforming the culture of the region. One Orlando Alliance formed as a result of the Pulse Nightclub tragedy on June 12, 2016. . Learn more

Pride At Work is a nonprofit organization that represents LGBTQ union members and their allies. As an officially recognized constituency group of the AFL-CIO (American Federation of Labor & Congress of Industrial Organizations), Pride At Work organizes mutual support between the organized Labor Movement and the LGBTQ Community to further social and economic justice. From their national office in Washington, DC, the organization coordinates and supports more than 20 Chapters across the country. Learn more

Side by Side is dedicated to creating supportive communities where Virginia’s LGBTQ+ youth can define themselves, belong, and flourish. Side by Side’s strategic priorities focus on a commitment to Black LGBTQ+ youth, diversity and inclusion, voice amplification, and a longstanding tradition of community support. Learn more

Time Out Youth Center is a place where LGBT youth can experience a sense of belonging and community. As the organization puts it, “Whether you are lesbian, gay, bisexual, transgender, queer, questioning, a straight ally – or just don’t want to be labeled, you will be welcomed here… While at Time Out Youth, you are not expected to be anyone or anything except who you are.” Learn more

Launchpad For You Update: Meet The Undercard Collective!
June 17, 2022